Posted On November 30, 2020 By techsak Leave a Comment on Latest: Nokia Laptop Series Spotted in BIS Listings, May Debut in India Soon Posted in Techs Review

Nokia laptop series seems to be in the works. Although there are no official details to confirm the development, some certifications have appeared on the Bureau of Indian Standards (BIS) website that hint at the arrival of Nokia laptops. The new offerings may make their way to the country first as the certifications are from the Indian standards body. However, the Nokia laptops appear to be manufactured at a Chinese facility located in eastern-central coastal province of China — Jiangsu. Nokia did try its luck in the laptop market globally with the launch of the Nokia Booklet 3G back in August 2009. The latest move, however, seems to be coming from a Nokia brand licensee and not from the Finnish company itself.

As speculated by NokiaMob.net, the first two characters in the surfaced model numbers that are “NK” might just be suggesting the Nokia branding, while the following characters could be describing processor details. The model numbers might have also suggested the presence of Windows 10.

Gadgets 360 was able to independently verify one of the reported listings on the BIS site. It was related to the product that is listed as a “Laptop/Notebook/Tablet” and received certification from the Indian body on November 26. 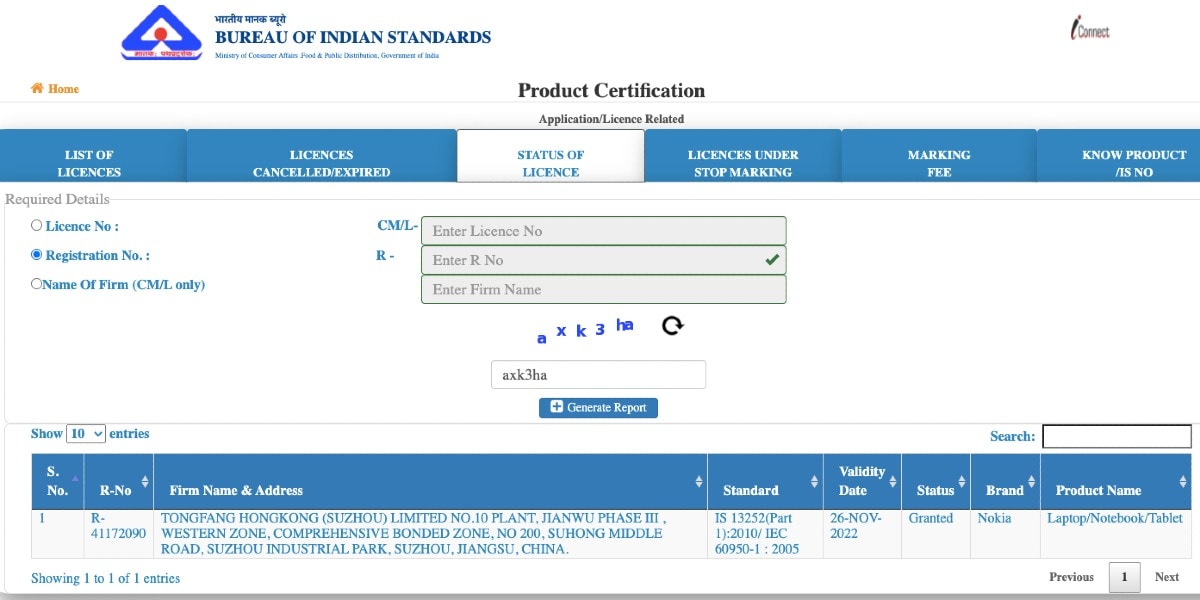 Nokia-branded laptop seems to have received a certification from BIS

Unlike the Nokia Booklet 3G that debuted from the house of Nokia, the new laptops may be developed by a Nokia brand licensee. This is similar to the Nokia smart TVs and streaming devices that are offered by Flipkart in India. Nokia phones have also been marketed by HMD Global since December 2016.

Is Mi Notebook 14 series the best affordable laptop range for India? We discussed this on Orbital, our weekly technology podcast, which you can subscribe to via Apple Podcasts or RSS, download the episode, or just hit the play button below.