LG Wing, one of the most uniquely designed smartphones of 2020, is set to launch in India on October 28, the South Korean company revealed through a media invite. The new smartphone is the first under the company’s Explorer Project that aims to bring new usability concepts to the market. The LG Wing comes with two displays — one of which is a swivel screen that rotates clockwise in 90 degrees. The phone also comes with a list of software customisations to enhance multitasking and provide new use cases. The LG Wing was unveiled globally last month and arrived in South Korea recently.

In India, LG Wing launch is set for October 28 at 11:30am, as per the invite sent to Gadgets 360. The launch will take place virtually, owing to the coronavirus outbreak. 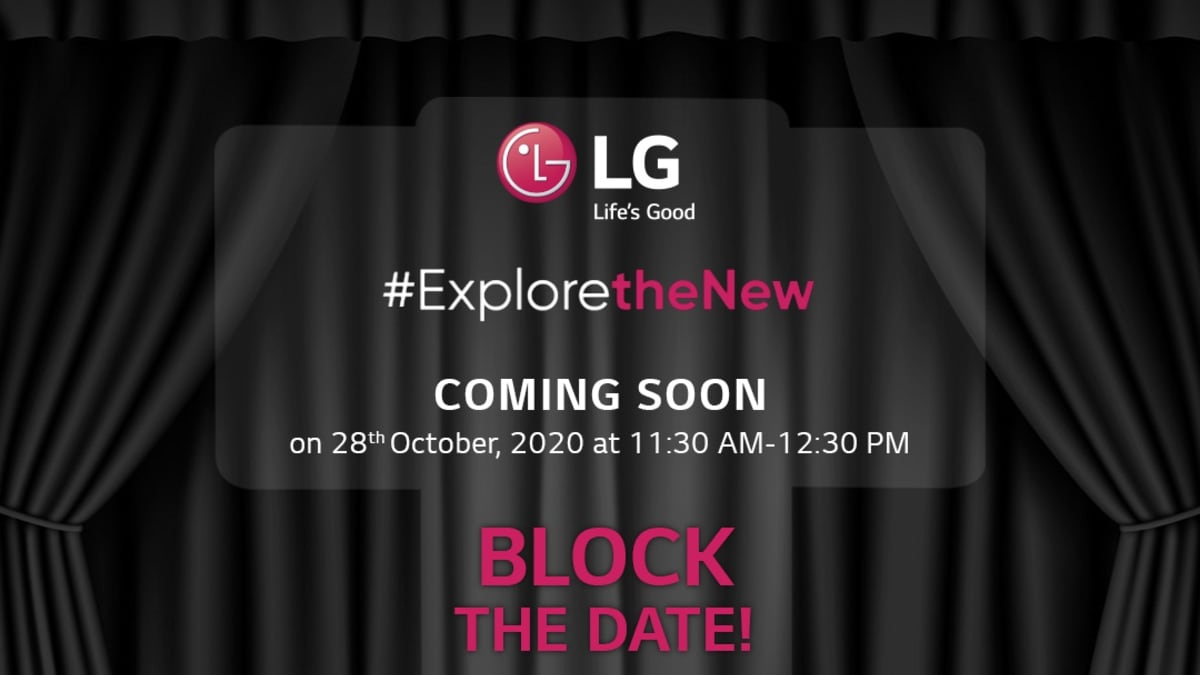 LG Wing is coming to India on October 28

LG India has also started teasing the launch through its social media channels.

LG Wing price in India is yet to be revealed. However, it is likely to be close to what was announced in the South Korean market recently that is KRW 1,098,900 (roughly Rs. 71,400) for the base 128GB storage variant. The phone comes in two distinct colour options, namely Aurora Gray and Illusion Sky colour options.

Under the hood, the LG Wing comes with an octa-core Qualcomm Snapdragon 765G SoC, coupled with 8GB of RAM. The phone also comes in 128GB and 256GB of onboard storage options that both are expandable via microSD card (up to 2TB).

For selfies and video chats, the LG Wing offers a 32-megapixel selfie camera sensor on a pop-up module, along with an f/1.9 lens.