Posted On November 30, 2020 By techsak Leave a Comment on Latest: Google Chrome Getting Dark Mode Improvements to Deliver a Complete Dark Experience Posted in Techs Review

Google and Microsoft are working to bring some enhancements to the dark mode on Chrome. This comes some months after Google first introduced dark mode on its Chrome browser. The improved dark mode is expected to be a part of Chrome for Windows 10 and macOS in the future. Meanwhile, it is already in testing through the latest Chrome Canary build. Google released Chrome 87 last week as the latest stable version of its Web browser. It offered a Chrome Actions feature to let users type commands in the address bar.

As reported by Windows-focused blog Windows Latest, a commit has been made by Google engineers on the Chromium Gerrit that details the improvements coming to Chrome’s dark mode. The search giant is updating WebUIs to bring a complete dark mode experience, with scrollbars appearing in grey colour, according to the commit.

The upcoming enhancements will allow Chrome to apply a dark theme to additional elements including scrollbars. At present, scrollbars don’t show any changes when you switch from the light mode to a dark one. 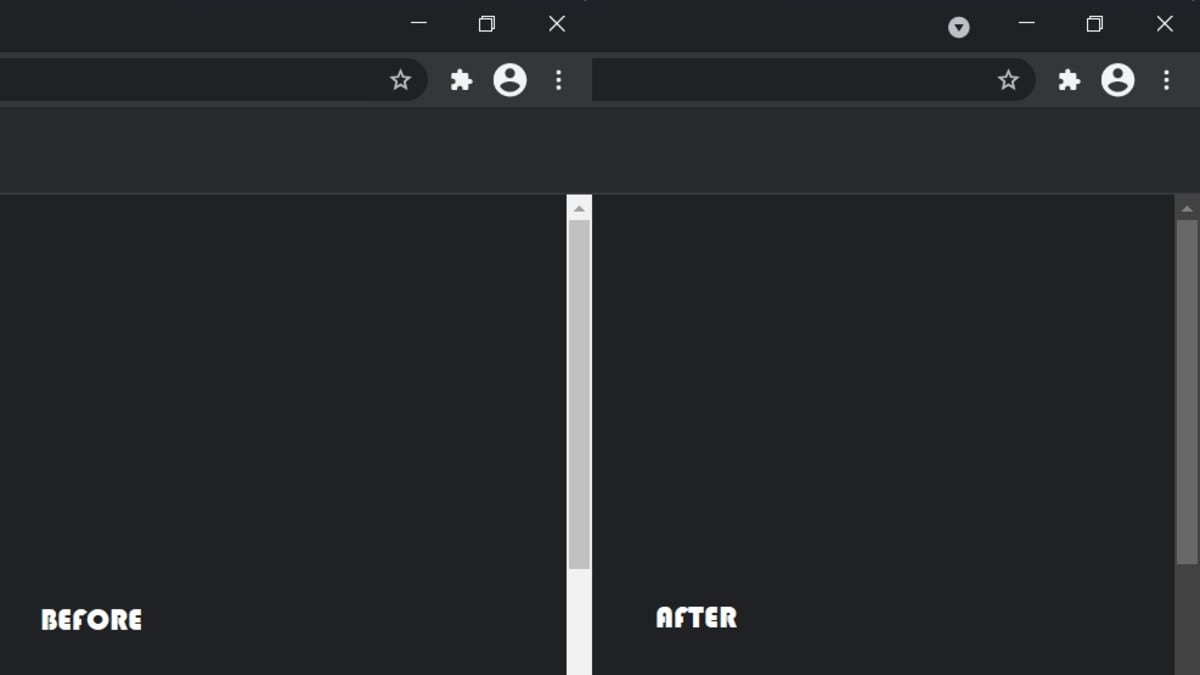 In addition to scrollbars, Google is updating internal pages of Chrome to bring expanded support for dark mode. These changes will reportedly be visible in settings, bookmarks, history page, new tab page, and PDF printing screen.

The update is already provided for testing through the Chrome Canary channel. It can be tested by adding “–enable-features=WebUIDarkMode,CSSColorSchemeUARendering –force-dark-mode” to the command line.

However, regular users may need to wait for some time to see the latest change on their systems. It is likely that the updated dark mode could be a part of Chrome 88 next year.

Aside from the inputs coming from Google engineers, Microsoft is making certain changes at its end to specifically bring dark mode improvements to Chrome for Windows 10 devices. The Redmond company has, for instance, already fixed an issue where the scrollbars on the page weren’t dynamically changing the colour scheme upon switching to the dark theme.

Google is also speculated to bring an update to its search engine to switch to dark mode when a dark theme is applied at the system level. Similarly, Chrome may receive a few scrolling improvements next year — through updates coming to the Chromium project from Microsoft.

Chrome received the existing dark mode for macOS users in March 2019, though it reached the Windows platform in April. Google last year also brought a dark mode to the Android version of its Chrome browser.

Will Apple Silicon Lead to Affordable MacBooks in India? We discussed this on Orbital, our weekly technology podcast, which you can subscribe to via Apple Podcasts, Google Podcasts, or RSS, download the episode, or just hit the play button below.